To start things off, I hit the farmers market, and picked up a ton of tomatoes and other fresh veggies. After seeing the sea of romas I decided to sauce it up this weekend.  So I brought home about 20 tomatoes, halved and stemmed them, along with an onion, a whole head of garlic, some chopped peppers, fresh basil, fresh rosemary, oregano, and olive oil and tossed it together and threw it in the oven to roast for about 2 hours.

Finally I get to use my kitchen aid food mill attachment, (have I mentioned I'm a kitchen appliance whore?) which is a total PITA to clean btw but so much fun to play with. 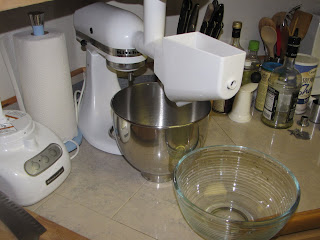 Once it was all seeded and de-skinned I put everything into a stock pot and let it simmer for about 2 more hours to reduce down to a nice thick sauce. 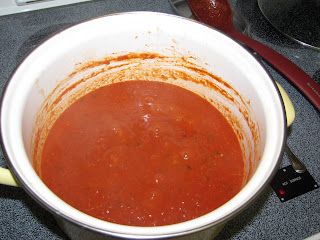 I spiced it up a bit with some crushed red pepper, added a bit more dry herbs to taste, a dash of sugar, and tada I have a bunch of tomato sauce for whatever I want, pizza, spaghetti, yada yada yada.  However I live alone, so half goes into the freezer.

Well while I was being saucy in the kitchen, I decided to make a stab at Mushroom Seitan Meatballs. No recipe yet, as its still a work in progress.  They taste okay but the texture isn't quite there and I think I can pack way more flavor into them. 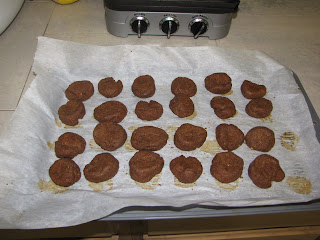 The "moisture" portion comes from 8oz of crimini mushrooms, a bell pepper, half an onion, a bit of better than bouillon, all pureed in the food processor and mixed with some nooch and gluten.  Along with a bunch of spices of course. I have quite a few to go through so it'll be a while before I take a second stab at it.

So with all these ingredients, I decieded to make some pizza dough and make a meatball calzone for dinner, with marinara sauce on the side for dipping.  I used daiya cheese and some vegan cream cheese if you are curious whats on the inside. 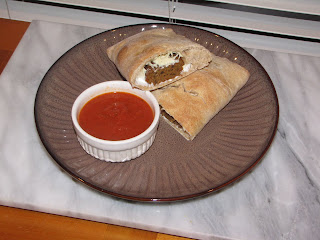 For those curious, my pizza dough is found here: A Pizza Primer, and I cook my breads and pizza on a stone: 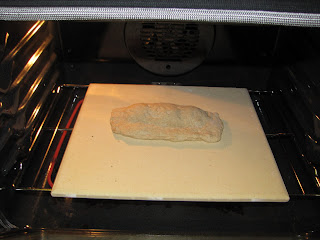